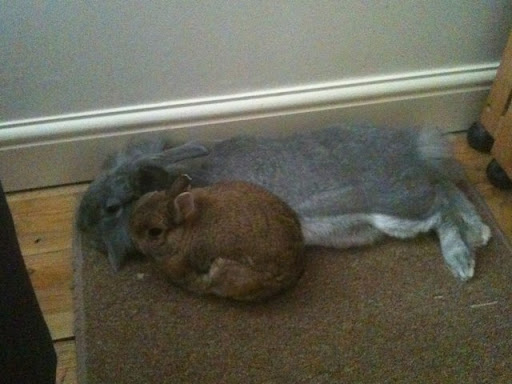 Achieving the optimal snoozing position will be different for everybun. Some like the loaf (a la Buttons) while some like the flop'n'stretch, as demonstrated by Bella.
Whatever you choose, be sure to snooze!

It's my throne actually! 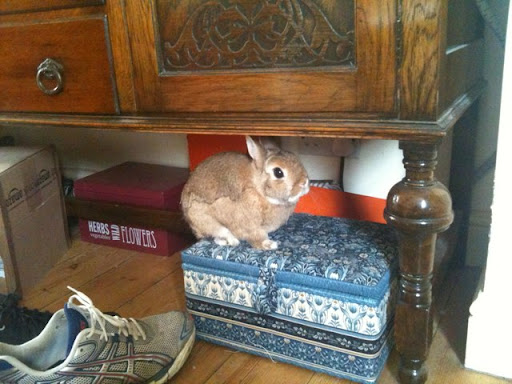 There's a bunny on my sewing basket 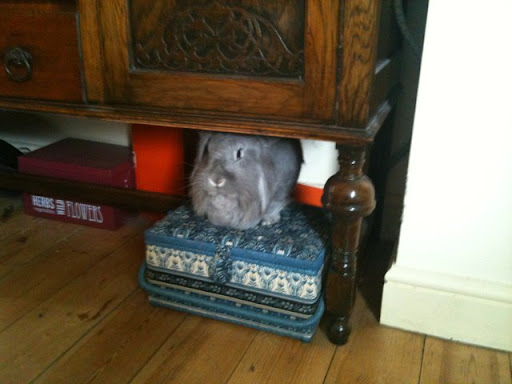 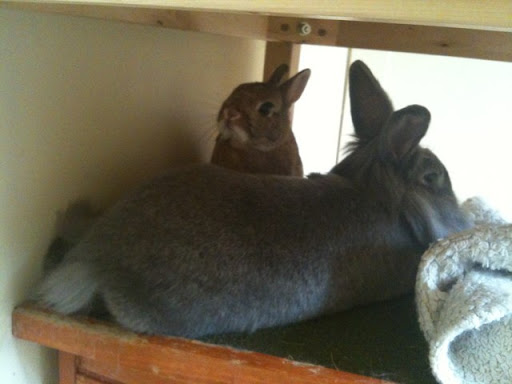 Bella snoozes while Buttons keeps look out.
posted by Lisa Alto at 17:13 7 comments: 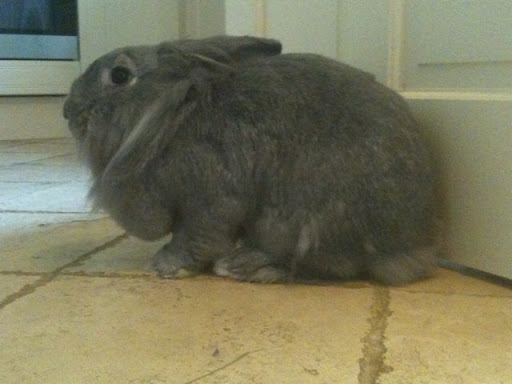 Bella says: "I would like a head rub please, and I have aerodynamically arranged my head and ears to assist you human."
posted by Lisa Alto at 16:59 9 comments: 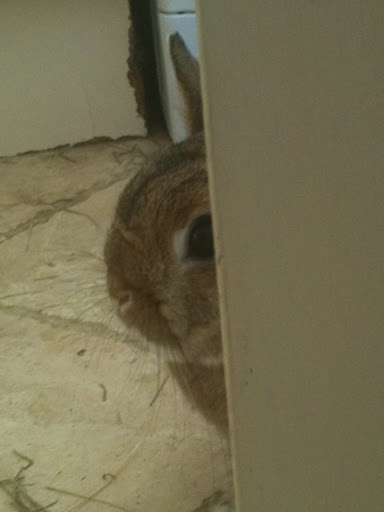 Of course it's the law that when your bunny does something extraordinarily amusing and blog worthy your camera is no where to be found eh?

So you'll just have to imagine...

We were all in the garden, chickens at one end pecking the grass and scratching at the dirt and bunnies in their usual safe place on and around the deck (where there are hidey holes). Suddenly Buttons decided he wanted to investigate the chickens and sprinted off down the garden. This was weird in itself... Usually the chicken noises startle him and he gives them a wide berth! He got to within 6 inches of one of the chucks, but she was obviously not impressed about a bunny in her territory. Goodness knows why, as Buttons is about a quarter of the size of the chicken in question! The chuck started fluffing herself up and flapping her wings like an elephant flaps it's ears just before it charges. This clearly told Buttons everything he needed to know as he turned and sprinted away from her so fast I barely saw what happened! Not only did he sprint up the garden but he was up and over the deck, through the back door and sitting on his house faster than... Well greased lightening??

Silly bunny learnt not to take on an animal so much bigger than himself. But good for him that he was curious and brave enough to go and investigate!

I took this picture shortly afterwards.. he was hiding, a bit shell shocked from his encounter.
posted by Lisa Alto at 16:17 8 comments:

Other Bunny Sites we Love!